Bulavy are busy organising fun and interesting programs for summer tabory in both Victoria and NSW. Programs will be run by a dedicated team of volunteers for all age groups: Ptasheniata (ages: 0-5 plus parents) Novatstvo (ages 6-11) Yunatstvo (ages: 12-17) Tativka (ages: 18+). Register today to take advantage of early bird pricing!

Plast NSW invites you to experience the Plast spirit at this year's Summer Табір, Commencing Thursday, 26 December 2019 until Wednesday, 1 January 2020

We warmly welcome all Plastuny, their families, and those who would like to join Plast for a week of fun, friendship and new skills, in the beautiful Heathcote National Park, approx. 1 hour south of Sydney.

New to Plast? Or just need to brush up on your songs before tabir?

See the online spivanyk for words, music and recordings of many songs we sing at tabir including at molytvy and around the vatra. http://pryvatri.de/molytvy 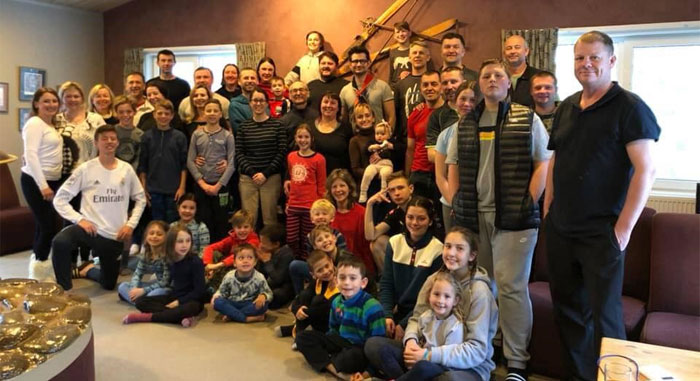 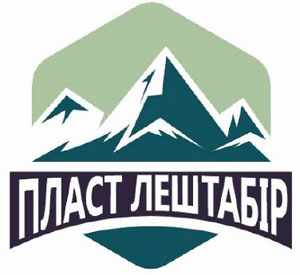 For the upcoming calendar of events, visit the Plast Australia website plast.org.au/calendar.php 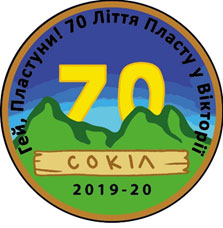 The winner of the design competition for our Taborova Vidznaka, as voted upon by a panel of independent judges is yunachka, Melania Melnychuk. Thank you to everyone who took the time to enter, your designs were all beautiful and congratulations to Melania!

Plast Victoria would like to introduce the new committee for 2019-2020 as voted for in the recent AGM. 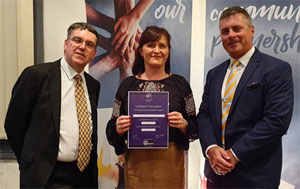 Many thanks to Dnister for their Community Benefit Program and to our members and friends for nominating Plast Victoria.

We have created a Facebook 'Plast Victoria Uniforms - Buy Swap and Sell' group – an opportunity to find a new home for outgrown uniforms! 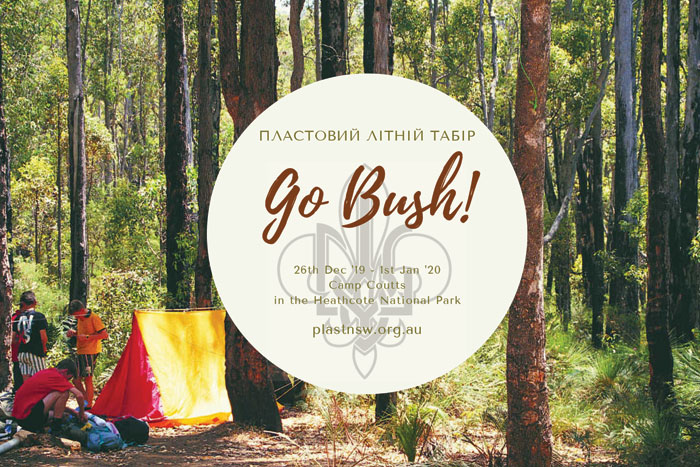 Come join Plast NSW for a true bush adventure in the Heathcote National Park, Dec 26 – Jan 1, with Yunaky testing themselves with an overnight hike till Jan 2. Registrations will soon open at www.plastnsw.org.au and early bird rates will be on offer. If you are 5, 105, new to Plast or an old hand, please join us for a week of abseiling, canoeing, survival skill training and environmental stewardship. 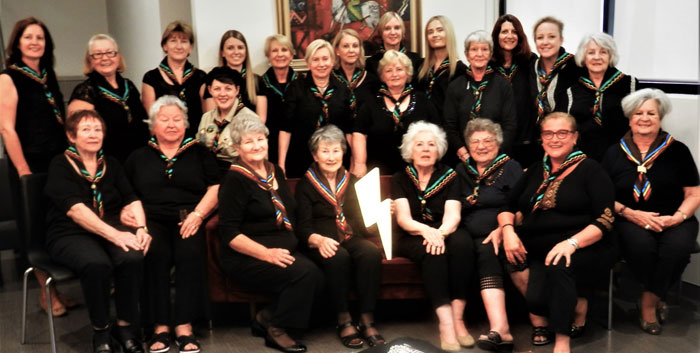 As we arrived at Crosslands we saw large trees and flowing streams and the Great North walk. At the beginning of our prohulka we looked at a map. We looked at this map to see where we were. Then we had the opening ceremony of the prohulka. After this we were divided into two groups. One which stayed behind and the other one went down the track to leave markings for the second group to follow. I was in the second group.

After 5 minutes we started to follow and try to find our way by using the markings left by the first group. When we were walking we saw many bush turkeys, trees and wild life. As we followed the markings we came across hard terrain as the walk became hillier and hillier with bigger and bigger rocks as well. The markings at one point said 'Take three steps and there will be a surprise!" we took three steps and guess what? The first group were hiding – they jumped out from behind a rock and shouted "Surprise!" Ha ha!

After this it was my group's turn to lead. The terrain seemed to get harder and harder. At one point we had to use the expertise of Sestrychka Elena and Bratchyk Greg to get us through. After getting through this difficult place we had lunch.

Next we went to a river - the going was difficult and we had to take breaks. Eventually we went into a Reserve. There was a lot of wildlife. At one point we saw a possum lying on the ground. Sr Olenka picked the possum up and put it back in a tree. We kept on walking and went into a camping ground. The prohulka was over. We unpacked our equipment and supplies and set up our tents. We had dinner. We had a camp fire, sang songs then cooked damper over the fire and toasted marshmallows. We were tired and went to sleep. Next morning we woke up bright and early and had breakfast. After playing in the playground we were picked up and went home with a new vidznaka. Everyone thought it was really good. 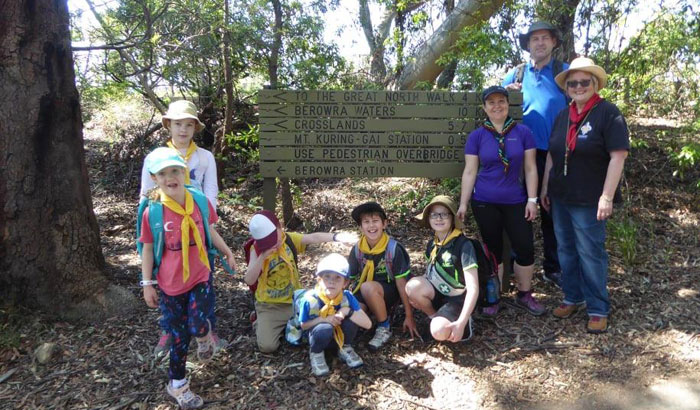 Plast NSW went high into the tree tops celebrating Cв Покрови 13 October 2019 with a high ropes course at Tree Tops Adventure Park, Abbotsbury. We had a fantastic turn out to enjoy a game of cricket, lunch and exploring the park before splitting into three groups to tackle the high ropes. From the carefree Ptashenyata all the way through to our courageous seniorat, we got to swing, glide, fly and climb through the four-level course before hanging up our harnesses and returning to ground. Congratulations to everyone who participated and pushed themselves through the challenge!

Plast, Brisbane branch, sponsored the "Children's Corner" at the Brisbane Ukrainian Festival this year. The children who visited our corner enjoyed the activities we had, especially making vinky (girls mainly) and a kozak hat with cockade (mainly boys). For each participant and for each activity they finished, their name went into a lucky draw. At the end of the day two children won a backpack full of goodies and two more received a consolation prize each. However each child left with their finished product a winner, as they received a small gift each time they visited the Children's Corner.

We thank Dnister for supporting us with various merchandising items; some of them went into our major prize packs. The children who came by were excited and happy to have something for them to be involved with. There were many return visits throughout the day.

On the 31st of August, Plast Brisbane marked the Centenary of the Liberation of Kyiv with a day of outdoor games and adventure at the Ukrainian Community Centre. The afternoon began peacefully enough, with art and colouring before a gentle introduction to Plast. However, while playing with some historical prints from Ukraine's ancient capital, our young uchasnyky uncovered a clue to a hundred-year-old mystery.

Stepping back in time, they had to learn the basics of trail blazing, mapcraft, orienteering and situational awareness in order to solve a centuries-old puzzle: what and where is the Coat of Arms of Kyiv? From the mediaeval metropolis, to the Kozak polk, to the capital of the Republic, all raced through history to find fragments of Kyiv's crest and puzzle out how it might have hitched a ride to Australia on HMAS Brisbane.

With the coat of arms secure, our young plastuny had a new job: to rescue Kyiv! Putting their new orienteering skills to good use, they raced to locate and free the people of Kyiv hidden throughout the gardens and greens. The danger became all too real, as a wing of black-shouldered plovers began targeting and dive-bombing our young rescuers. After a spontaneous hutirka on safely and respectfully interacting with native wildlife, they patiently braved this aerial challenge and successfully found all of Kyiv's trapped inhabitants.

With Kyivans free and the crest secure, there was just enough time for one more activity. One last treasure hunt lead to the Skarb of Kyiv: enough gold chocolate coins to make a dentist weep. After a formal zakryttia, all that weren't tuckered out tucked into enough homemade pechevo, and other goodies, to ward off hunger pangs until dinner. All of our young participants went home excited for their next Plast adventure.

Thank-you from the stanychna starshyna to bratchyk Adam for helping with our activities, and to parent and returning plastun bratchyk Yaroslav for driving all our participants home.

To commemorate the anniversary, pl. sen. Katrusia Miljenovic recreated the Kyiv Coat of Arms designed by Heorhiy Narbut for the Republic (УНР). The coat of arms is on display at the Ukrainian Community Centre. 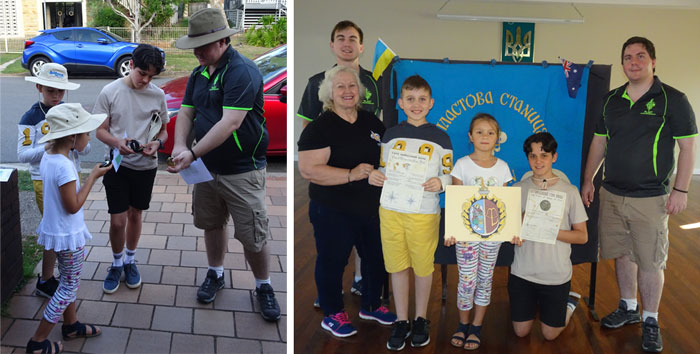 It's easy to watch the news and feel helpless about the current situation in Ukraine. But you can make a difference to the lives of people who really need it.

All it takes is a dollar a day and it's tax deductible.

Want to learn more about these programs? Wondering why these particular programs were chosen? Who is running this? Have all your questions answered here 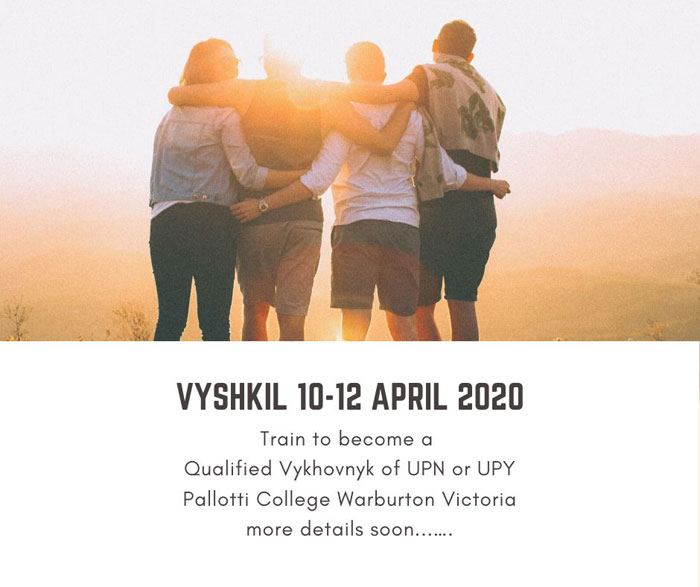