Is this email not displaying correctly? View it in your browser.
E-Visnyk #27 (Oct 2018)

For the upcoming calendar of events, visit the Plast Australia website plast.org.au/calendar.php

The seventh annual Leshtab took place from 6-9 September on Mount Hotham in Victoria. We were so lucky to have lots of amazing spring snow and even better company! Our largest tabir on record filled Kalyna with 66 participants, which was fantastic, as it meant we could run our prohrama without impacting other visitors.

Our first afternoon rediscovering our ski legs was freezing with poor visibility, but we managed to find everyone and get them back to Kalyna for a delicious dinner – the first of many tasty meals shared by all taborovyky. 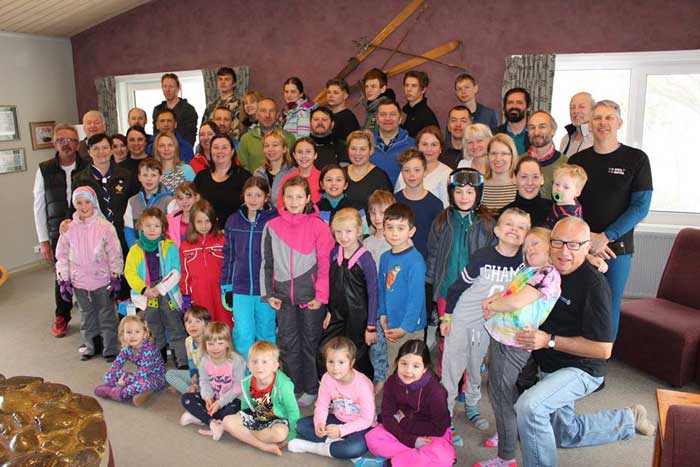 Tabir awoke on day two to sparkling sunshine – the very best of spring skiing awaited us, as lessons began at Hotham Central. Novatstvo and Yunatstvo benefited greatly from skiing and snowboarding lessons every morning, then enjoyed skiing with Plast instructors until heading back to the lodge for lunch. In the afternoons free skiing was the order of the day, with a few snowmen, snow angels and snowballs thrown in for good measure!

We all came together in the evenings around the fire to recount the day's adventures and enjoy some apres ski time. We held a vatra around the fire and, of course, the annual Trivia Night led by our amazing host, Sonya Radywyl.

On our last evening we enjoyed our traditional Ukrainian banquet for dinner, starting with the most delicious borshch, prepared with love by our resident 'Borshch Queen', Luda Melnychuk, followed by an avalanche of varenyky – with plenty left over for the traditional last days' breakfast of fried varenyky - yum!

It's incredible how much everyone's skiing and boarding has improved – you should all be very proud of yourselves. Thank you so much to everyone for your enthusiastic participation, wonderful company and Plast spirit. We are already looking forward to Leshtab 2019!!

Thank you to everyone who attended our 50th Anniversary Dinner and helped us celebrate!

We had a full house at Sails on the Bay with 110 guests. The evening opened with a video montage of 50 years of Chervoni Maky followed by Father Bakay leading us in singing the Plastova Molutva, which was extremely moving. Olia Dudinska presented a brief history of our kurin with some wonderful photos…a real blast from the past.

Lucy Nicolson-Yurkiw and Yaroslav Vashenko entertained us with beautiful musical numbers, then led us in a Ukrainian sing-a-along followed by some wonderful dance music and kolomyjky, which got us up and dancing to work off some of our delicious food and wine.

Mnohaya Lita was sung and our gorgeous Chervoni Maky cake was cut. Thank you to Phillip Botte, KPS, and Teresa Lachowitz, Stanychna, for their warm congratulatory speeches and the many pryvity sent to us by other kurins.

The evening concluded with everyone forming a huge circle and singing Nich Vze Yde. Delightful! It was a night to remember and we look forward to the next 50 years.

Us preparing for our video!! We had a great time doing it. You can view it, and a whole lot more, on our facebook page "Chervoni Maky Australia"

KPS is currently compiling lists of all vidznachenya received by Australian Plastuny. Over many years, not all records have made it to the current executive so the records are incomplete. Those that have been tracked down so far have been published on the Plast Australia website: http://plast.org.au/kps/vidznach.php?type=1 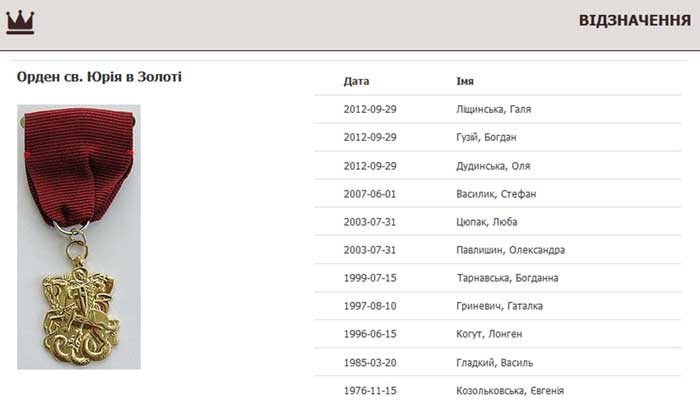 If you or a family member have received a vidznachenya that is missing on the list please send the details (photo of vidznaka front and back and/or certificate, plus any other known details such as estimated date of award) to plast@plast.org.au 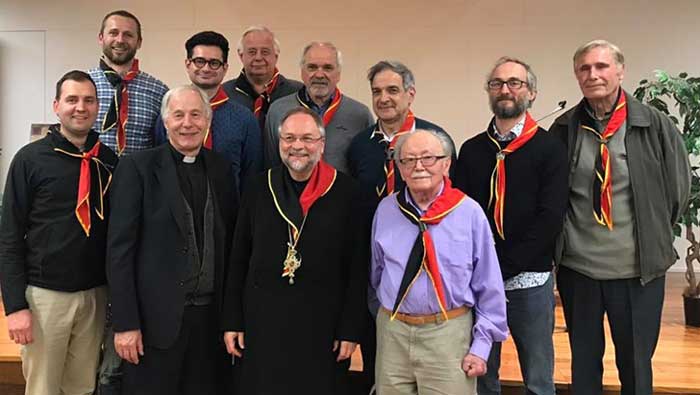 On the 5th October Familia kodlo gorgany had the honour of listening to and meeting Bishop Hlib Lonchyna, Apostolic Eparch for Ukrainian Catholics in Great Britain (a plastun and fellow Lisovyj Chort). Thank you Anna Polatajko and the Ukrainian Catholic Women's League Australia for organising and hosting this event. 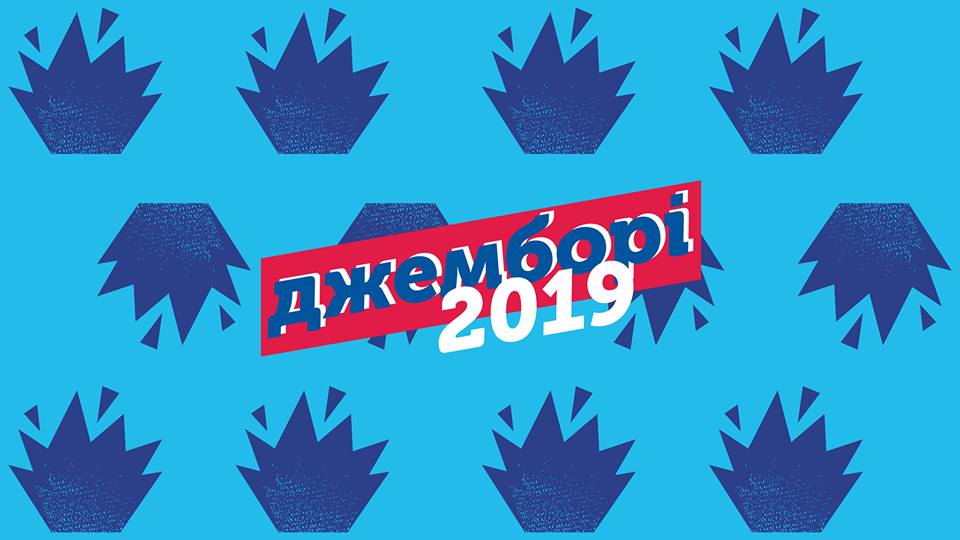 The 3rd all-Ukrainian Jamboree to celebrate 30 years of Plast revival in Ukraine will be held near Svirzh (outside Lviv) in 2019. Plastuny from around the world are invited to attend so save the date - 21-25 August 2019.

Plast had a stall at this year's Ukrainian Independence Day Festival. People were able to view a photo display of Plast's activities for the past year and find out about tabir, There was the opportunity to have a photo with Knjahynja Olya & Volodymyr Velykyj, collect a goodie bag and indulge in a gelato.

During the July school holidays novatstvo boarded a ferry at Circular Quay heading to Watsons Bay. Sestrychka Ksenia met us there and took us on a walk to the historic Hornby lighthouse via Camp Cove, where Governor Arthur Phillip first landed in Port Jackson (the old name for Sydney Harbour ) in 1788. We made our way up narrow streets, across grassy parks and sandy beaches, up steep paths past a cannon and gun emplacement. Upon reaching the lighthouse we could see the Pacific Ocean to the east, Sydney Harbour to the west and North Head to the north. Fantastic views!

Having descended novatstvo enjoyed an icecream and a play in the sand. Meanwhile the vykhovnyky and parents enjoyed their coffees. We made our way back to the wharf and had fun climbing the gigantic Moreton Bay figs while waiting for the ferry. We thanked sestrychka Ksenia for being our captain as we made our way onto the ferry, tired but happy.

In keeping with the theme of рік морського пластування, our Юнаки і юначки from гурток "Jazz Cats" along with their Старші Пластуни leaders spent a day walking from the Spit Bridge to Manly Wharf, a distance of about 10km.

We had beautiful weather for a winters day to see the sights of Sydney's coastline. Юначка Соломія provided music all day whilst we walked; the only kind.. Ukrainian music.

Over the October long weekend, our Юнаки і юначки from гурток "Jazz Cats" along with their Старші Пластуни leaders embarked on an adventure. For some, hiking was a first time, but for others it was a chance to get the packs and boots out again.

We gathered at the newly renovated Sydney domivka and spent the afternoon preparing our packs, sorting out the tent and food arrangements. The girls got into the cross stitching whilst the boys enjoyed the table tennis games. A Special thank you has to go to Пані Галя for cooking an absolute feast for dinner and also making a nice breakfast the next morning.

The second day was an early rise for everyone as we headed to Heathcote National Park. We all caught the train to Heathcote and began there. Our eventual end was the Kingfisher Pool Campground. An adventure isn't complete without someone mis-checking the tents; tent poles were broken! As Plastyny do, we thought on our feet and came up with a solution so that no one would be sleeping under the stars! We used our surroundings to pitch the tent safely and securely!

No campsite was complete without a campfire. Classic marshmallows over the fire, stories and a few games of mafia were shared after dinner.

Everyone had a great time catching up since tabir, making new memories as well as getting excited and ready for this years tabir!

We set off on day two with a few wounded and exhausted. The decision was made to head back to the domivka early to have lunch there.

Plast Sydney would also like to thank Patrick, Catherine and Andrew Cabaniuk-Lee who travelled from Brisbane! Дякую! 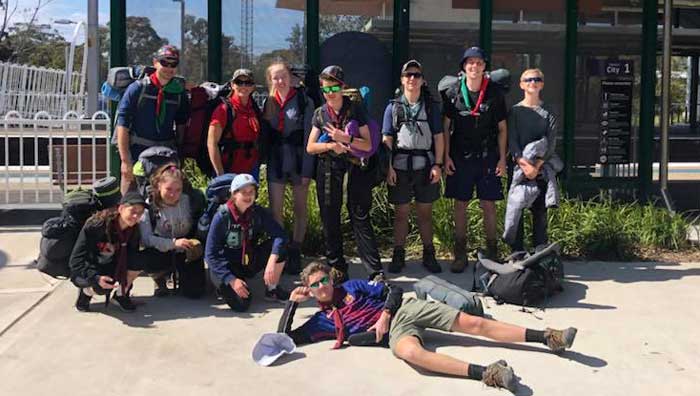 Sydney's AGM began with a minute's silence to honour past Plastuny and also a lighting of candles to commemorate 85 years since Ukraine's Holodomor. Pl. Sen. K. Teodorowych gave us a touching reminder of what the Holodomor meant for Ukrainians, and our role in remembering them. 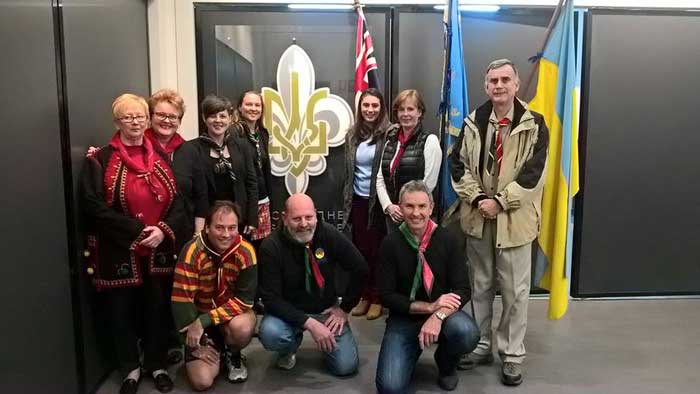 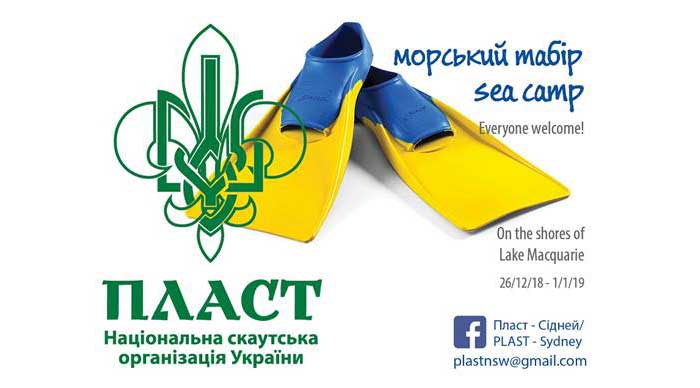 A new Starshyna was elected, with many familiar faces, but also some new ones to welcome. Sydney Stanytsia is now governed by:

We would like to especially thank outgoing Board members J. Iwanec, L. Dubyk, J. Grodzicky, C.Lulka and J. Sywak for their time and efforts in supporting Plast Sydney over many many years.

Novatstvo Victoria continues to grow in number! With new members joining throughout the year, we now average 20-30 Novatstvo and Ptashyniata at each skhodyny. This is buoyed by a tremendous support network of parents from Stashi Plastyny and Seniory.

Skhodyny have continued to highlight our theme of 100 years of Morske Plastyvania. Combined with games, activities and lots of fun.

Lesh Tabir saw a huge participation of members of all ages - our Novatstvo were super keen to join in. 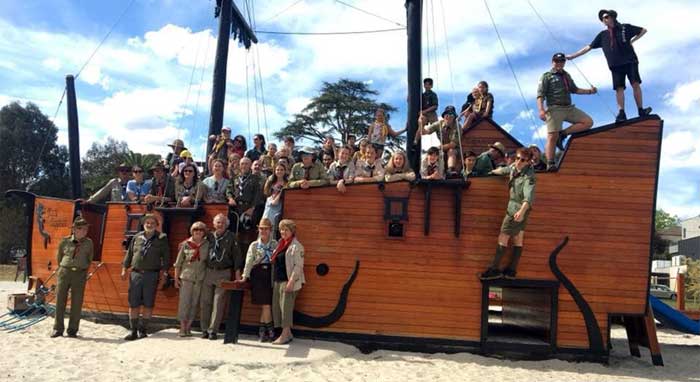 Notice is hereby given to all senior members of Plast that the Annual General Meeting of members will be held on Sunday, the 18th November 2018 at 11.30am in the Parish Hall at Cathedral of Peter and Paul 35 Canning Street,North Melbourne,VIC. 3051

All attending members are required to wear full Plast uniforms.

We remind members that those who have not fulfilled their financial obligations up to the 18h November 2018 will be ineligible to vote. Outstanding financial payments may be sent to:-
Plast - GPO Box 3062, Melbourne 3001
or you can do a direct funds transfer - instructions are on the vkladky invoice
Pl .Sen. Teresa Lachowicz Pl. Sen. Sonya Radywyl
President Secretary 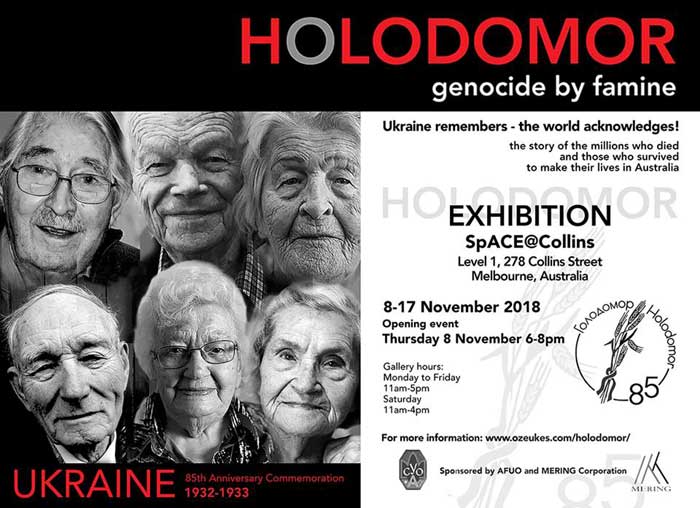 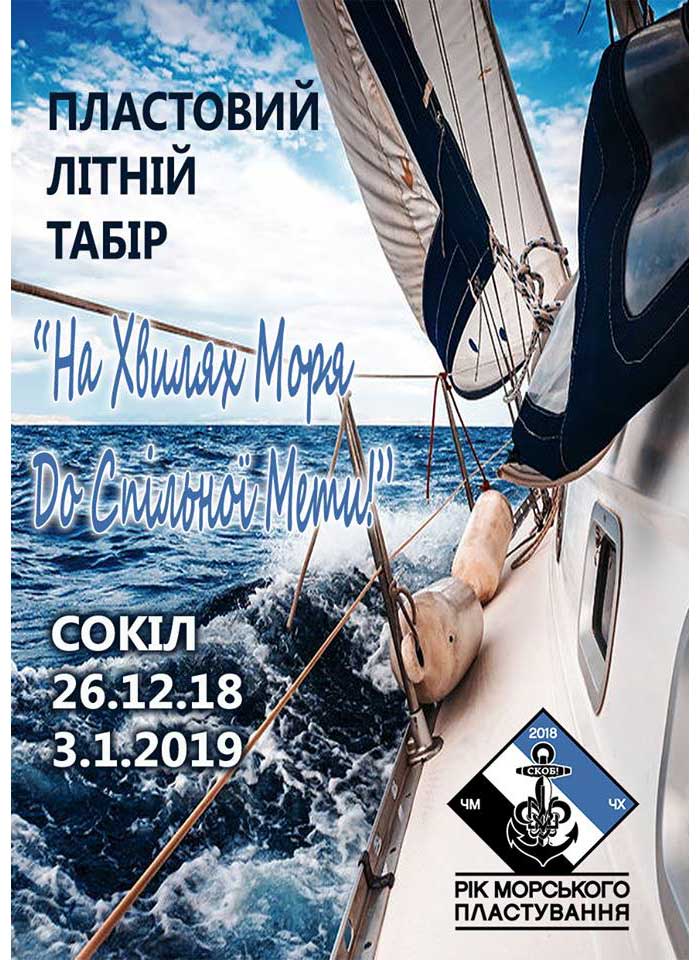